Economic Crisis, Social Solidarity and the Voluntary Sector in Greece 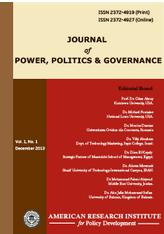 After the onset of the economic crisis in Greece, owing to the government’s drive towards fiscal consolidation, social protection became sparse. NGOs active in social solidarity started catering to newly impoverished Greek citizens seeking social services and basic consumer goods. In parallel, informal social networks and selfhelp groups emerged and became active in exchange and distribution of goods and services, healthcare, education, food and shelter provision, offering a more critical view towards the state and seeking alternative forms of social organization. Field research and interviews with representatives of NGOs and informal organizations, conducted in 2013 in Athens, show that social solidarity has expanded, organizations have developed and have adapted to the new social needs of the population. The Greek welfare state has partly been supplanted by social solidarity groups, but the crisis may have become a catalyst for the empowerment of the erstwhile weak Greek civil society.