The Greek Turnaround: Mending the Fragility and at What Price 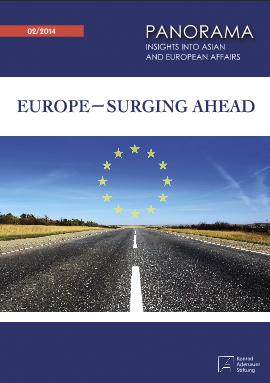 Greek economic adjustment was never going to be an easy task. For one, the starting imbalances were grave, hidden from view by years of budgetary misreporting and rudimentary surveillance, while the country’s institutional capacity to undertake and implement far-reaching economic measures was low. In addition, ownership of reforms kept eluding Greek policy makers: both strong and weak governments were concerned with their parliamentary majorities, while large numbers of Greek society had been conditioned to operate in a politicised economy, which churned out privileges and benefits unrelated to productivity levels. Greece’s much-vilified debt-led “growth” model had deep and persistent roots, involving long-standing rigidities and inefficiencies in an economic system in which sectional interests guarded their relative positions to the detriment of the general interest, and in which a widespread political culture of clientelism limited what governments could do. When the Greek sovereign debt crisis hit, the European crisis management response that was put together – hardly a “grand design” – repeatedly failed to understand the logic of the markets or support the overarching goal of maintaining stability in the Eurozone. The prevalent narrative adopted the “special case” approach, even when another three “special cases” popped up – Portugal, Ireland, and Cyprus – and the systemic character of the crisis was finally suspected. Following two bailout programmes and multiple programme revisions, lessons came at a steep price: Greece’s economic operating model was not, nor it could be ‘fit for purpose’ in this monetary union, while the European cum International Monetary Fund response generated negative feedback loops that translated into severe recession, disturbingly high joblessness, rising levels of poverty, and persistent insolvency.

Still, Greece today makes for a good turnaround story: it has significantly repaired its public finances since 2010 and has even accessed the markets in April 2014. This is not to deduce, however, that austerity works or that the largest restructuring of sovereign liabilities in history was sufficient. The prospects for economic growth are anaemic, and the hopes and lives of the unemployed have repeatedly been crushed – the unemployment rate has reached 26.7%, while youth unemployment sky-rocketed to 56.8%; Greece’s alarmingly high public debt, at 175.1% of GDP in 2013, remains the big elephant in the room, while Eurozone authorities give weak signals regarding their commitment to help Greece arrive at a “sustainable” level of 120% in 2020. This repetition of the European leadership’s denial to look deeply into the deficiencies of the Eurozone framework and build up a foolproof system to withstand future crises can prove as detrimental as Greece’s political personnel falling off the reform bandwagon; a positive economic outlook and renewed investor confidence is hardly a carte blanche to pick and choose among the agreed measures, or dilute them altogether