Overview of the Greek Financial System 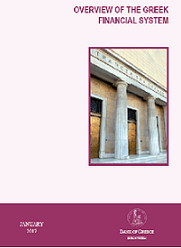 Bank of Greece, (2017), “Overview of the Greek Financial System”, Ιανουάριος

During 2016, the financial system’s principal risks seem to have stabilised, while the medium-term prospects will mainly depend on creating an environment favouring economic growth. However, there are still significant challenges, both in the domestic front, due to potential delays in the completion of the second review of the Third Economic Adjustment Programme for Greece, and structural factors (e.g. high stock of non-performing exposures (NPEs), low level of outstanding bank deposits), and abroad due to political uncertainty in developed countries and emerging economies’ risks. These challenges could halt the economic upturn and reignite uncertainty, also affecting the financial system.