The educational system in Greece has always been at the center of public discourse, not only for the shortcomings of its design, but also for the quality of the education offered. In this context, during the last decades, the rise in wage inequalities had led the literature to investigate the existence of a possible causal relationship between the level of education and income inequality. The present paper by Pery Bazoti examines the …Read More 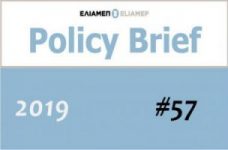 The decade of the economic crisis has highlighted in the most apparent way the flaws and weaknesses in the original architecture of the Economic and Monetary Union as well as the need for decisive reforms. In this effort, the European Banking Union constitutes one of the most ambitious projects of the European Union with the intention of establishing a single system of banking supervision and resolution based on a common …Read More

The monetary authority, which in the case of the European Economic and Monetary Union (EMU) is the European Central Bank (ECB), has among other things, the obligation to determine the monetary policy, aiming to influence basic parameters of the economy like the level of prices. In this paper the author tries to identify the impact of the monetary policy of the ECB on credit provision of European economies through the …Read More 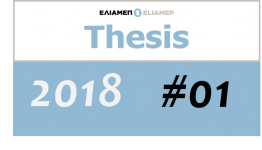 The three main protagonists in the Greek economic crisis, the Greek government, the IMF and the Eurozone partners ignored known lessons of how to deal with debt problems and committed policy errors that unnecessarily prolonged the crisis. This short note by Constantine Michalopoulos discusses the options for debt relief and restoration of creditworthiness at the end of the third bailout, which is soon approaching, and makes recommendations for Greek government …Read More

The present article by Dr. Giannis Dendrinos aims at offering a critical overview of the major institutional initiatives in the field of employment protection legislation (EPL) during the recent economic adjustment programs in Greece (2010-2017). Furthermore, in the context of the European debate about the role and impact of employment protection legislation, the article investigates if these reforms constitute a well defined change of labour protection model in Greece as …Read More 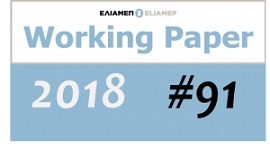 The recent finalization of Basel III completes, theoretically, the regulatory framework introduced after the 2007/8 crisis. According to the official declarations, the Agreement aims to strengthen the financial sector’ stability. However, its regulations and the levels of capital requirements it sets are not a radical change compared to the pre-crisis status quo. The previous two Agreements were more imbalanced, placing more emphasis either on the protection of the competitive advantage …Read More

Drawing on a new dataset, I explore the dynamics of national wealth accumulation in Greece since 1997, and suggest a thought-provoking narrative on the causes of the Greek depression. I show that about two-thirds of the increase in external public debt during the pre-crisis period inside the euro area can be attributed to factors other than fiscal indiscipline. A positive wealth effect tied to the housing bubble resulted in a …Read More

Contemporary Greece is currently in a turbulent process of crisis and recession. Arguably, one segment of the Greek society is experiencing more suffering than most: young people. It is thus of great importance to understand young generation’s needs and attitudes in order to alleviate pain, to build up active inclusion strategies and to enhance civic participation. The present social psychological pilot study aims to show how Greek young adults perceive …Read More

This study attempts to analyse the representation of Germany in the Greek press during the ongoing economic crisis covering the period 2010-2013. In so doing, it starts with a discussion on the main theoretical aspects explaining the relationship between media and politics in the relevant literature of political communication. It then concentrates on the issue of the European public sphere which is concerned with potential ‘European frames’ in the portrayal of Germany in the Greek …Read More

In Commission v. Greece, the Court of Justice of the European Union examined Article 345 TFEU (ex Article 295 EC) on property ownership, in the context of golden shares of privatized companies. The neutrality of the EU towards privatizations is questioned. The scope and the outer limits of Article 345 TFEU are also scrutinized and a few distinctions are drawn. The decision whether to privatize and to introduce golden shares …Read More