Event: The Social Effects of the Crisis and the Role of Civil Society

The Crisis Observatory successfully hosted today, Tuesday 11 March 2014, the event on “The Social Effects of the Crisis and the Role of Civil Society”. The highly modern, welcoming and beautiful venue of Impact Hub, where the event took place, hosted representatives from various NGOS that participated in the respective survey of the Crisis Observatory, as well as many independent participants, who all took an active part in the discussion that followed, thus expressing their experiences, opinions and suggestions.

During the first session, the Crisis Observatory team presented the results of its research project “Economic Crisis, Social Welfare and Civil Society”, which was funded by Stavros Niarchos Foundation. The research was performed during the period of May – December 2013 and is based on the results of  35 interviews with civil society organizations. The project’s aim was to record how civil society organizations have reacted to the crisis and to document their activities in the area of social solidarity. 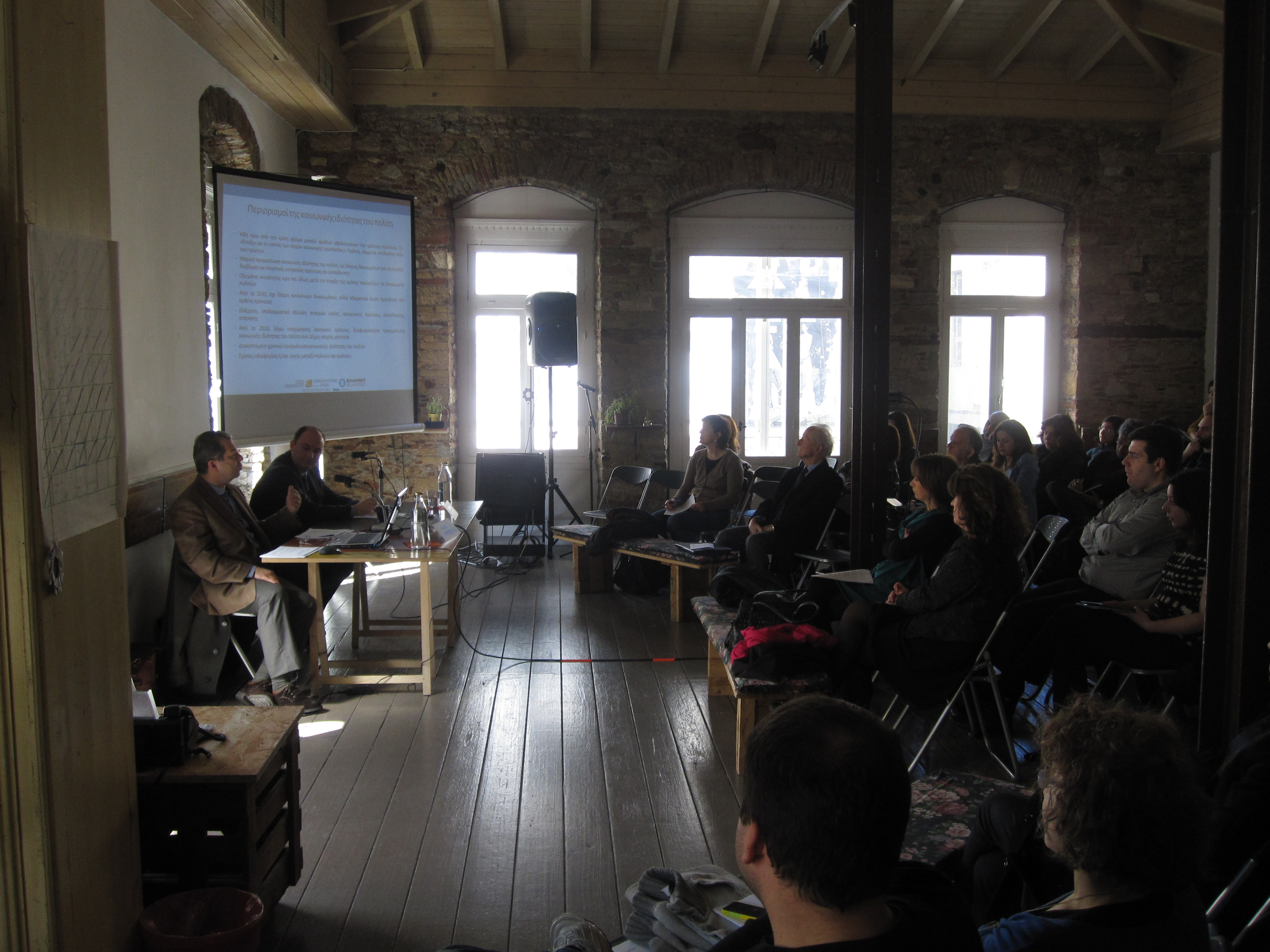 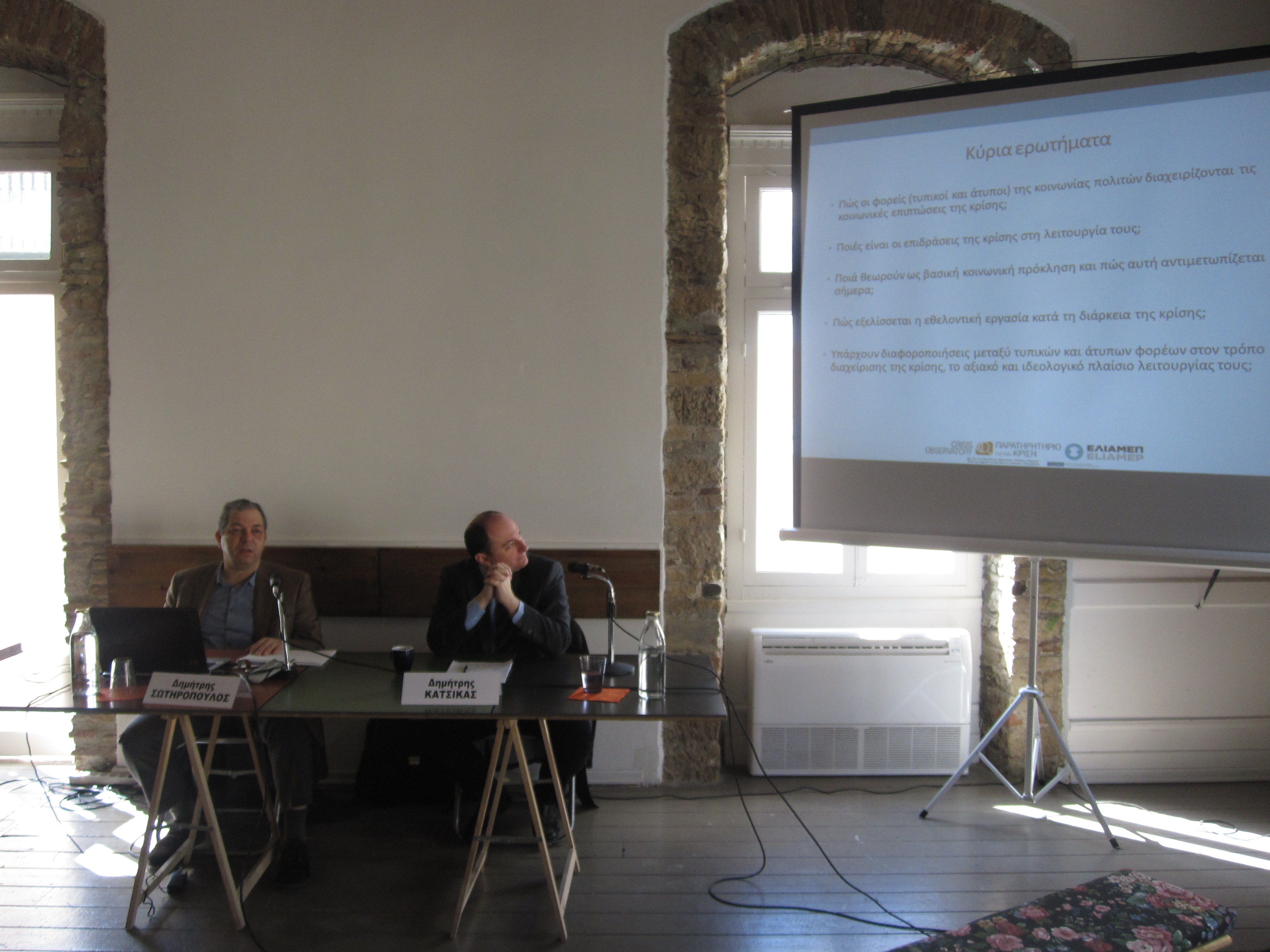 In the second session, the new research project FRAGMEX (Fragmentation and exclusion: understanding and overcoming the multiple impacts of the crisis) was presented. The Crisis Observatory participates in the project (Greek coordinator) along with the Hellenic Open University, the University of Duisburg-Essen and the University of Bonn. The project is funded by the General Secretariat for Research and Technology in the context of the programme “Bilateral Research and Technology Cooperation between Greece and Germany, 2013 – 2015”. The objective of the project  is to study fragmentation phenomena within and between European Societies. 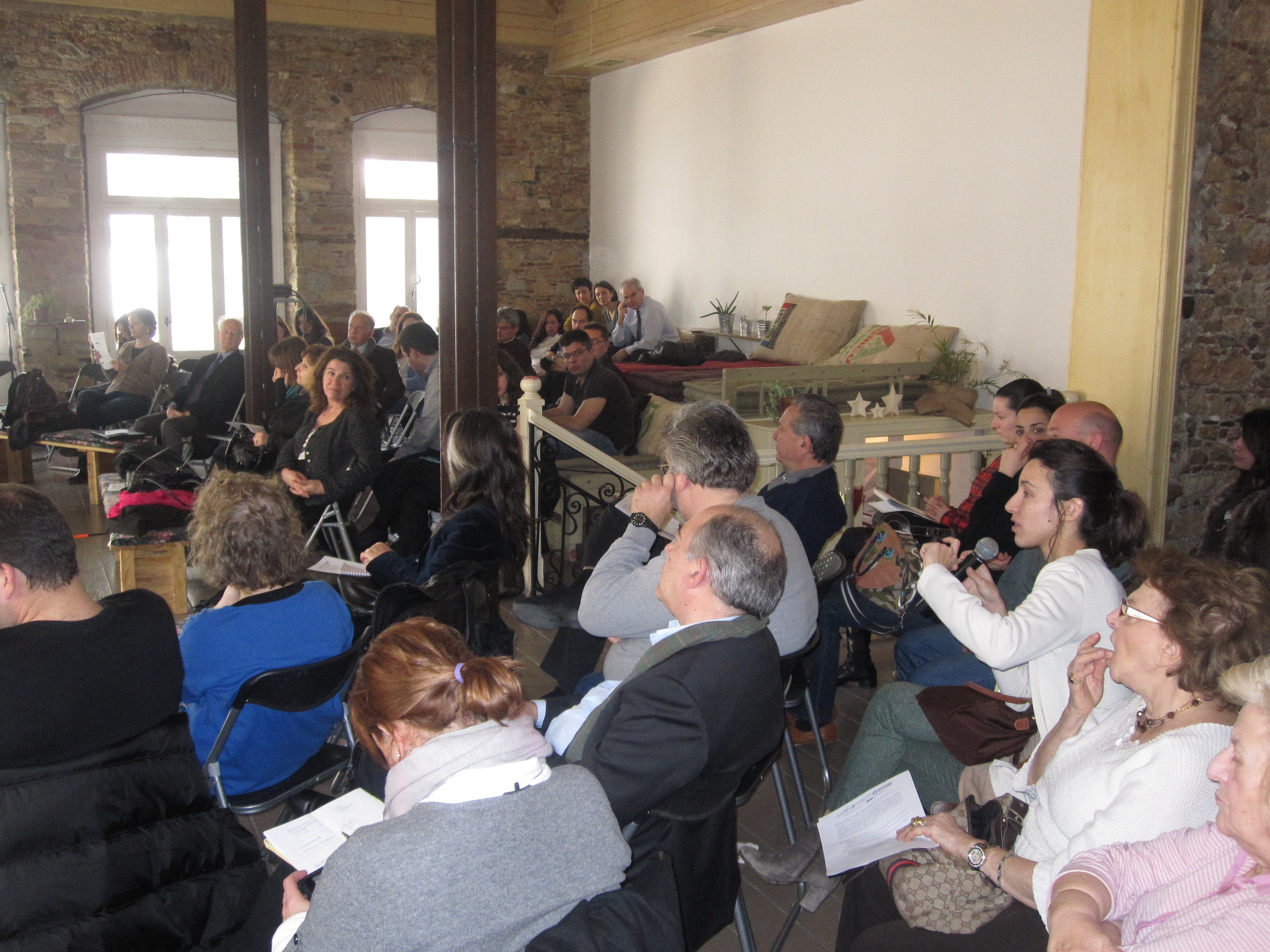 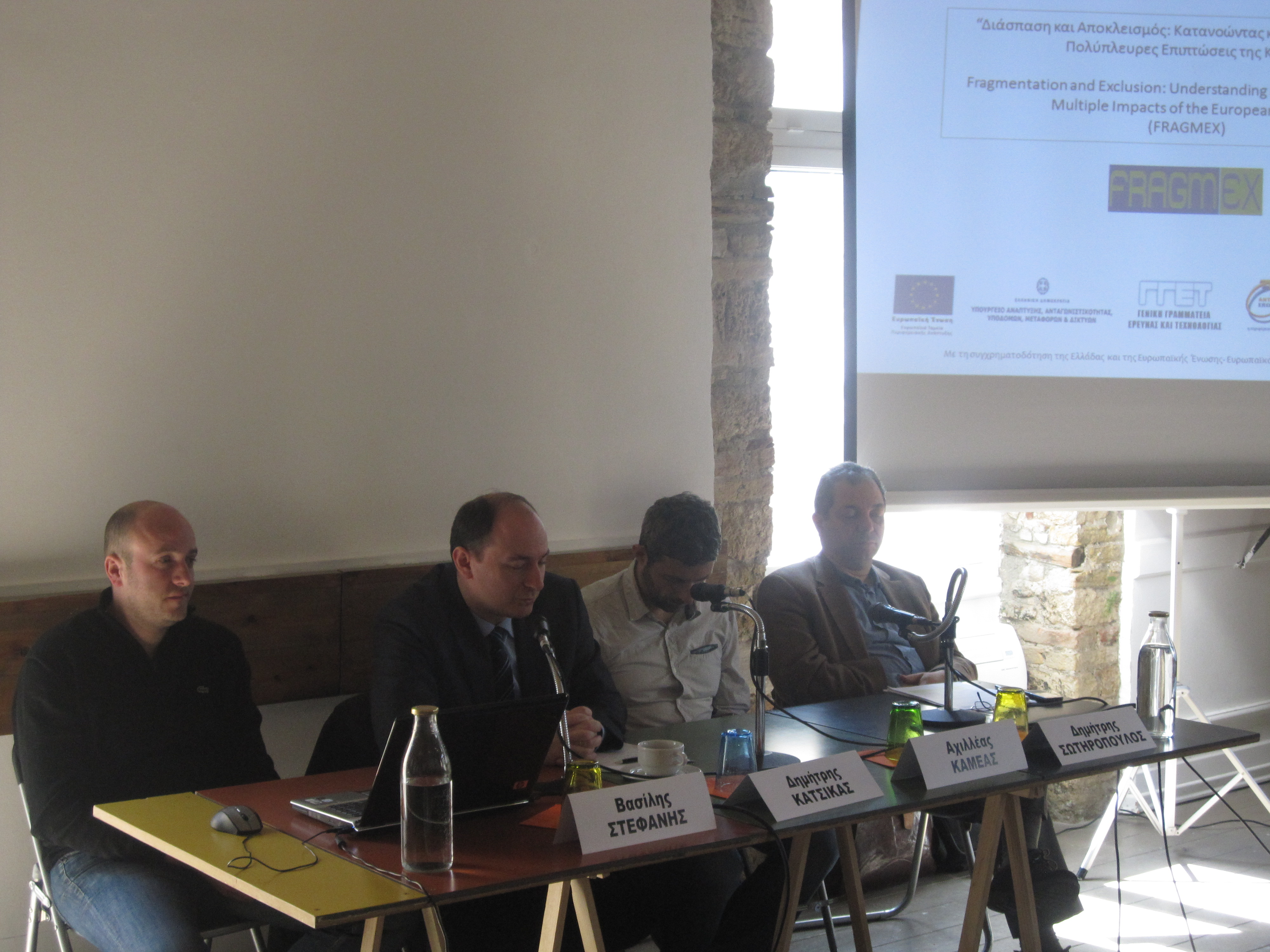