Hossein-zadeh, Ismael, (2014), “Beyond Mainstream Explanations of the Financial Crisis”, International Political Economy Series, Routledge publications, 15 April The study argues that while the prevailing views of deregulation and financialization as instrumental culprits in the explosion and implosion of the financial bubble are not false, they fail to point out that financialization is essentially an indication of an advanced stage of capitalist development. These standard explanations tend to ignore the …Read More

Morgan,  Glenn, Whitley, Richard (Ed.), (2012), “Capitalisms and Capitalism in the Twenty-First Century”, International Political Economy Series, Oxford University Press, 26 April The early twenty-first century is witnessing both an increasing internationalization of many markets, firms, and regulatory institutions, and a reinforcement of the key role of nation states in managing economic development, financial crises, and market upheavals in many OECD and developing economies. Drawing on a variety of interdisciplinary perspectives from …Read More

Fabbrini,  Federico, Hirsch Ballin, Ernst, Somsen, Han, (2015), “What Form of Government for the European Union and the Eurozone?”, Modern Studies in European Law, Hart publishing-Oxford, September What is the form of government of the European Union (EU)? And how is the institutional governance of the Eurozone evolving? These questions have become pressing during the last years. On the one hand, the Euro-crisis and the legal and institutional responses to it have had major …Read More

Majone, Giandomenico, (2014), “Rethinking the Union of Europe Post-Crisis-Has Integration Gone Too Far?”, Cambridge University Press, Απρίλιος In this important new book, Giandomenico Majone examines the crucial but often overlooked distinction between the general aim of European integration and the specific method of integration employed in designing an (ill-considered) monetary union. Written with the author’s customary insight and precision, this highly topical and provocative book reviews the Union’s leaders’ tradition of …Read More

Ioannou, Demosthenes, Leblond, Patrick, Niemann, Arne, (2015), “European Integration in Times of Crisis-Theoretical perspectives”, International Political Economy Series, Routledge publications, 4 September Few events over the past few decades have given rise to an amount of debate and speculation concerning the state of the European Union (EU) and the future of European integration as the economic and financial crisis that began in 2007. In spite of substantial media, policy-making and …Read More

El Agraa, Ali, (2015), “The European Union Illuminated-Its Nature, Importance and Future”, Economics Series, Palgrave-Macmillan publications, May 2015 The EU is under stress. Many believe in the euro’s demise because they blame it for the 2008 financial crisis and the unwelcome austerity measures. Many resent the immigrants from the new EU member states, threatening the survival of the Single European Market (SEM). Many complain of a ‘Brussels diktat’, seeking an escape …Read More 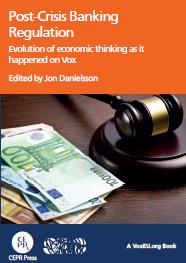 Danielsson, J. (2015) “Post-Crisis banking regulation: Evolution of economic thinking as it happened on Vox“, VoxEU Organisation, 02 March.   This column introduces a new Vox eBook collecting some of the best Vox columns on financial regulations, starting with the fundamentals of financial regulations, moving on to bank capital and the Basel regulations, and finishing with the wider considerations of the regulatory agenda and the political dimension. Collecting columns from …Read More

El Sehrawey, A. (2014) “Book Review: The Europe Dilemma: Britain and the Drama of EU Integration by Roger Liddle“, LSE EUROPP, 21 July.   What is Britain’s future in Europe? What future should Britain want for the EU? Roger Liddle‘s book provides valuable commentary on a topic that is highly salient in Britain and could radically change the trajectory of the country on multiple levels, writes Amani El Sehrawey. The …Read More