Dimitri A. Sotiropoulos, (2016), “Greeks and Social Europe”, EU Forum, 8 Ιουνίου In pre-crisis Greece, Social Europe used to mean a welcome invitation to make Greece’s living standards converge with those of the rest of the EU. It also meant a less welcome push to introduce into Greece labour market and pension reforms, which would alter a patronage-based divide between insiders and outsiders. European social policies, including active labor market policies …Read More

Tinios, Platon, (2015), “Pension Poor and Housing rich in Greece? A generational perspective argues for policy entrepreneurship”, LSE blog, 12 November The Greek crisis can be framed as an ageing narrative. Greece confronted dilemmas that all ageing societies are bound to face. For example, it was forced in June 2015 to choose between discharging a legal obligation – repaying the IMF– and an ethical obligation – paying pensions; ethics won out. …Read More

Davou, Bettina, (2015), “Investigating the psychological effects of the Greek financial crisis”, LSE blog, 22 October In the past six years thousands of Greeks have been socially displaced. This significant life change has triggered powerful negative emotions. As an outside event affecting the Greek society, the crisis initially cultivated a negative emotional atmosphere which by time settled to a permanently distressing emotional climate. Relevant Posts Zartaloudis, S. (2014) “The financial …Read More

Varoufakis, Yanis, (2015), “Greece Without Illusions”, Project Syndicate, 5 October “The costliest minor government reshuffle in Greece’s history.” That is at least one way to describe the result of the Greek general election on September 20. Indeed, with few exceptions, the same ministers have returned to the same offices as part of an administration backed by the same odd pair of parties (the left-wing Syriza and the smaller right-wing Independent …Read More

Buchanan, Mark, (2015), “Greece Isn’t a Morality Tale”, Bloomberg View, 29 July One of the more troubling elements of the recent drama over Greece’s debt was the urge by many to see a deficiency of national character, rather than euro-zone economics, as the problem. Right-leaning opinion, not only in Germany but around the world, put the trouble down to Greek corruption and, worse, laziness:  The bad people of Greece retire too …Read More

Watt, A., (2015), “Drawing The Right Lessons From The Greek Pension Crisis”, Social Europe, 8 June. The article refers to groups of workers that, at least until the crisis, enjoyed very high replacement rates on entering retirement, and could do so at comparatively early age. As is typical of benefit systems in southern European countries more generally, the Greek pension system has always been highly discriminatory between different categories of workers. This …Read More

Gow, D. (2015) “Tsipras And Syriza’s Win Reboots European Social Democracy“, Social Europe Journal, 26 January.   The “vicious circle of austerity is over,” said Alexis Tsipras, Syriza leader and Greece’s likely new premier, after his party won a stunning victory in yesterday’s general election. It would be replaced, he added, by “a politics of hope, solidarity and co-operation.” He and his senior colleagues say this is true for the …Read More 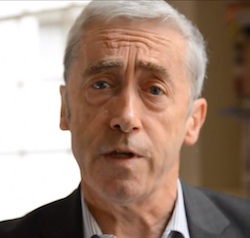 De Grauwe, P. (2015) “The Greek Election 2015 – Revolt Of The Debtors“, Social Europe Journal, 05 January.   The Greek debt crisis that erupted in 2010 is back and again threatens the stability of the Eurozone. That crisis was the result of two factors. First, an unbridled spending drift of both the private and the public sectors in Greece during the boom years of 2000-2010, which led to unsustainable …Read More

Dedieu, J. P. (2014) “Greece, a front line for state-sponsored racism in Europe“, AlJazeera America, 29 September.   Once the cradle of European civilization, Athens is now the center of a continental decivilizing process On Aug. 2, a group of unidentified men savagely attacked a Pakistani immigrant in Athens, leaving him hospitalized with a broken jaw and multiple bruises. Five days later, Ashkan Najafi, a native of Iran, was severely …Read More

Zartaloudis, S. (2014) “The financial crisis has badly damaged the Greek and Portuguese welfare states“, LSE EUROPP, 23 September.   Several European states have pursued austerity policies in the aftermath of the financial crisis, but how have these policies affected welfare states? Sotirios Zartaloudis writes on the impact of the crisis in Greece and Portugal. He argues that both countries have had to pursue unprecedented spending cuts, tax rises and …Read More