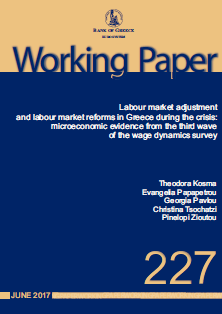 Kosma, Theodora, Papapetrou, Evangelia, Pavlou, Georgia, Tsochatzi, Christina, Zioutou, Pinelopi, (2017),  “Labour market adjustment and labour market reforms in Greece during the crisis: microeconomic evidence from the third wave of the wage dynamics survey”, Bank of Greece, Ιούνιος This paper summarises the main findings of the Greek WDN3 survey. The results show that the decline in economic activity, during the period 2010-2013, had a significant negative impact on firms’ activity …Read More 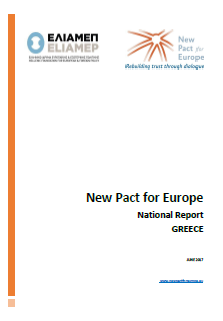 ΕΛΙΑΜΕΠ, (2017), “New Pact for Europe National Report GREECE”, ΕΛΙΑΜΕΠ, Ιούνιος This report is inspired by the discussions of the Greek National Reflection Group enriched by exchanges with National Reflection Groups from France and Estonia. It reflects on the ‘state of the Union’ from a national perspective and discusses the main challenges the EU and its members are facing, taking into account both the European and national perspective. Finally, it proposes …Read More 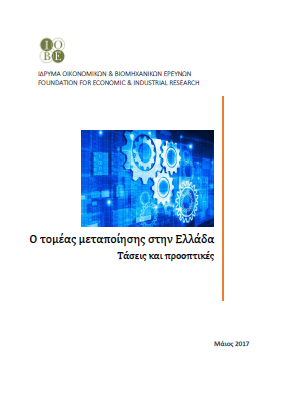