OECD tax burdens on wages rising without tax rate increases, OECD Publications, April 2015.   Taxes on wages have risen by about 1 percentage point for the average worker in OECD countries between 2010 and 2014 even though the majority of governments did not increase statutory income tax rates, according to a new OECD report. Taxing Wages 2015 says the tax burden has increased in 23 OECD countries and fallen …Read More

Tsekeris, C. (2015) “Greece requires political reform as much as structural reform of its economy“, LSE EUROPP, 07 April.   The Greek government and its creditors have still not reached an agreement on the release of further financial assistance to the country, despite fears growing over the state of Greece’s finances ahead of a scheduled loan repayment to the IMF on 9 April. Charalambos Tsekeris writes that while the discussions …Read More

Richard Barwell, A Eurozone Without Greece – It’s time to think more seriously about this possibility, Wall Street Journal, 01 April 2015.   The 24-hour news cycle is causing a cacophony of speculation about Greece leaving the euro, the so-called Grexit. Amid all the arguments about whether Greece will or should exit, there has been a lot less thought given to what would happen if Greece does return to the …Read More

Gechert, S. & Rannenberg, A. (2015) “The costs of Greece’s fiscal consolidation“, Macroeconomic Policy Institute, March.   This policy brief reexamines the effects of the Greek austerity experiment on its economy via a counterfactual analysis. We combine the fiscal multipliers from the meta regression analysis in Gechert and Rannenberg (2014) to the fiscal consolidation measures that have been implemented in Greece between 2010 and 2014. We estimate that austerity explains …Read More

Wren-Lewis, S. (2015) “Greece And Other Benefit Scroungers“, Social Europe Journal, 30 March.   Whenever I write a post critical of German views on Eurozone policy, I get comments which can be paraphrased in the following way. Greece (and maybe other Eurozone countries) are incapable of governing themselves properly, and when they get into difficulties Germany has to bail them out, so it is only reasonable that as a price …Read More

Mark Weisbrot, Destroying the Greek economy in order to save it – European authorities are using dirty tactics to bring Greece to heel, Al Jazeera America, 30 March 2015.   There is a tense standoff right now between the Greek government and the so-called troika — the European Commission, the European Central Bank (ECB), and the International Monetary Fund (IMF). ECB President Mario Draghi went so far this week as …Read More

Rosa Vasilaki (2015) “Policing the Crisis: the Other Side of the Story“, LSE EUROPP, 27 March.   The paper looked at the views and experiences of police officers during the years of the recent economic and political crisis. The story of the protesters and those who have been resisting the austerity measures in Greece is well documented, however, the story of those who have been tasked to reinforce – via …Read More 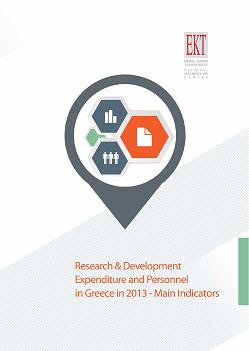 Ioannidis, Y. (2015) “The political economy of the distributional character of the Greek taxation system (1995–2008)“, Southeast European and Black Sea Studies Journal, Vol. 15, Issue 1, March, pp. 77-96.   The period between 1995 and 2008 is one of the fundamental transformations in the Greek economy. In that sense, we would expect an equally drastic change to have taken place in the structure of the taxation system. Nevertheless, no …Read More

Mitchell, B. (2015) “Syriza must stay left of the line – more is at stake than Greece“, Bill Mitchell Blog, 24 March.   There were regional elections in the autonomous community of Andalusia (Spain) over the weekend which saw the Spanish Socialist Workers’ Party (PSOE) hold onto power. The results showed that the left-wing political party – Podemos – which received nearly 8 per cent of the Spanish vote (5 …Read More